Dr. Edison “Ed” Liu is the president and CEO of The Jackson Laboratory, a nonprofit biomedical research institution based in Bar Harbor, Maine.  Liu came to the United States from Hong Kong when he was five years old.   They settled in San Francisco and, like both of his parents and uncles and cousins before him, became a physician.  Liu majored in chemistry and psychology at Stanford University.  After medical school, Liu served his internship and residency at Washington University’s Barnes Hospital in St. Louis.  This is where Liu met his wife Margaret of 29 years. 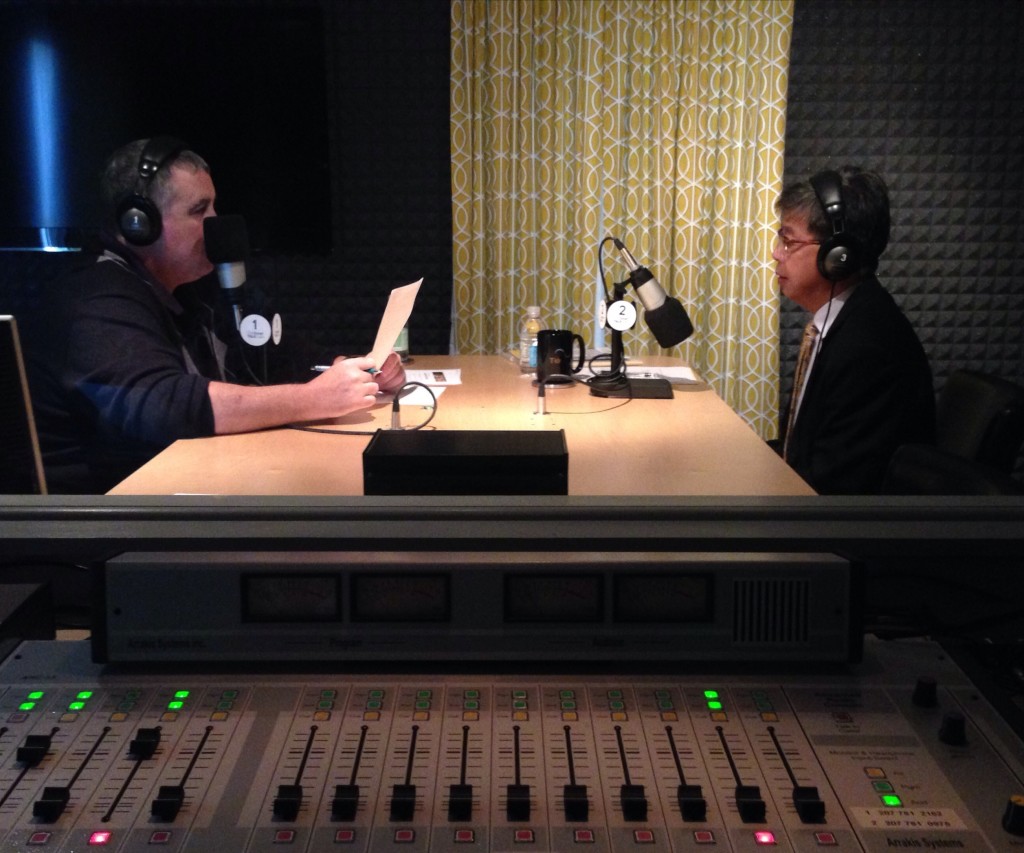 Steve Woods (left) host of TideSmart Talk with Stevoe in the studio with President and CEO of The Jackson Laboratory Dr. Edison “Ed” Liu (right).

From St. Louis, the couple went to California for Liu’s oncology fellowship at Stanford and a hematology fellowship at Moffitt Hospital at the University of California, San Francisco (UCSF).  Liu practiced oncology and went on to become an internationally known researcher and expert in cancer biology, genomics, human genetics, molecular epidemiology and translational medicine who has authored more than 300 scientific papers and two books. His scientific research has focused on the functional genomics of human cancers, particularly breast cancer.

Before joining The Jackson Laboratory in 2012, Liu was the founding executive director of the Genome Institute of Singapore, and he recently finished two terms as president of the international Human Genome Organization (HUGO).  Liu’s many honors including the Brinker International Award for basic science research in Breast Cancer and the Rosenthal Award from the American Association for Cancer Research.

Liu and Stevoe spoke about the research being conducted at The Jackson Laboratory, including possible links between genomes and cancer.  Liu explained that one of the greatest advantages to their research is the possibility of understanding risk for disease.

The Jackson Laboratory focuses on mammalian genetics research to advance human health.  Their mission is to discover precise genomic solutions for disease and empower the global biomedical community in the shared quest to improve human health.