Joan Benoit Samuelson was born in Cape Elizabeth, Maine.  Benoit grew up with the dream of becoming an Olympic ski racer, but a broken leg in high school led to her discovery that she loved to run.  She attended Bowdoin College, where she excelled in athletics and earned one of the first Title IX scholarships in track and field to North Carolina State, which Benoit calls her “junior year abroad”.  After a year, she returned to Bowdoin to graduate with a double major in history and environmental studies. In 1979, as a relative unknown in the running world, Benoit ran in the Boston Marathon for the first time and won the race.  Benoit recalled for Stevoe the story of her first marathon and arriving late, not looking at the course before running it and during the race asking a runner next to her “where the Heartbreak Hills were”, to which he replied “lady, you just did them”.  Again in 1983, she won the Boston Marathon and set a World Record with a race time of 2:22:43. 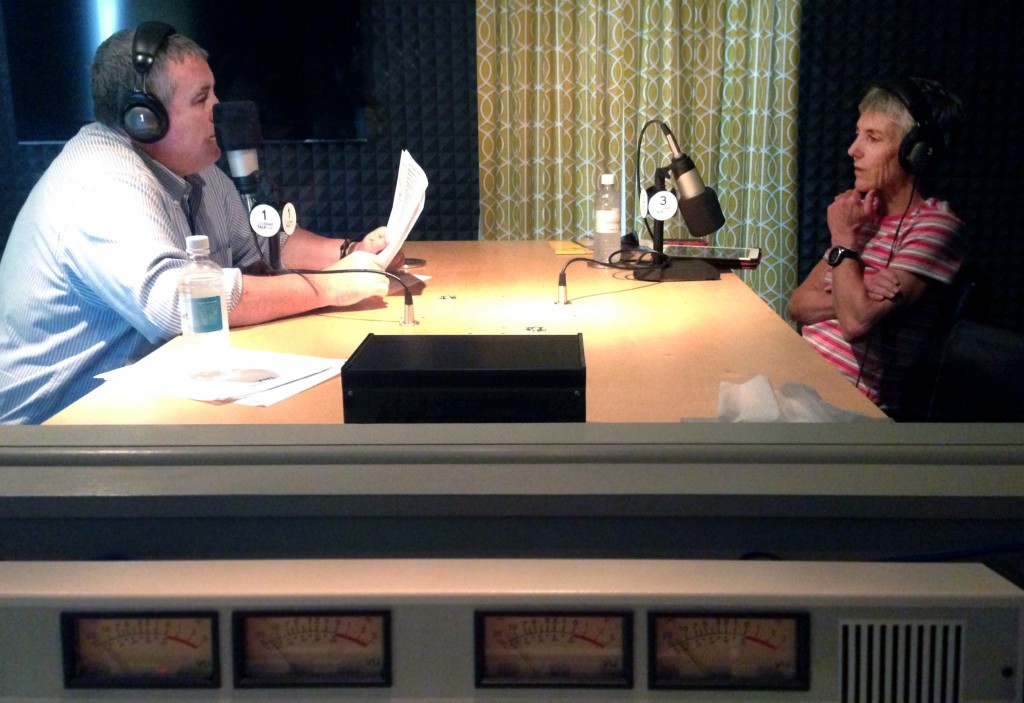 Benoit met Jeff Johnson (Nike’s first employee and then a high school coach) at the Nike research and development center in Exeter, NH.  Benoit would eventually become an employee of the Exeter Sports Lab. She was placed on the Nike Athletes Assistance Program and then on the Nike Athletics West team. She would go on to win an American record at the Nike-OTC Marathon in 1982.

In the 1984 Olympics, held in Los Angeles, Benoit (26 years old) won the gold in the first-ever women’s marathon.  Benoit still holds the fastest times for an American woman in the Olympic Marathon and in the Chicago Marathon, which she won in 1985.  She has been inducted into the National Runner’s Hall of Fame, the Maine Sports Hall of Fame and the Olympic Hall of Fame.

Benoit has become an advocate for environmental and healthcare issues.  She sees herself as a “human barometer for climate change” and has a commitment to making the “planet sustainable and as environmentally sound as it possibly can be for the next generations”.  Benoit uses running as a platform to tie the sustainability of health and wellness to the sustainability of natural resources.  Benoit is hopeful that through her training and mentoring programs she will help quell obesity through the sport of running.

Benoit has written books including an autobiography “Running Tide” and a training guide called, “Running for Women”.   Benoit told Stevoe about how while she was running in the Olympics, she had made a promise to herself to give back to the state that had given so much to her.  This led Benoit to founding the TD Beach to Beacon 10K Road Race in 1998.  She also sits on the Bowdoin College Board of Trustees and the Friends of Casco Bay board, and is a strong supporter of health, wellness, and conservation efforts in Maine.  Benoit is a Master Gardener and lives in Freeport with her husband Scott Samuelson, and their two children Abby and Anders.