Executive Director of Maine Farmland Trust, John Piotti grew up on Nantucket where he learned the importance of the coastal economy.  Piotti moved to Unity, Maine over 20 years ago, with his wife Susan and began working in community planning organizations.  Piotti holds three degrees from M.I.T., in engineering, public policy, and management.  Piotti has served as state legislator representing eight towns in western Waldo County from 2002-2010, and was the Majority Leader of the House of Representatives from 2008-1010.  Piotti told Stevoe that term limits are what made him leave office and he is still very involved with state politics. 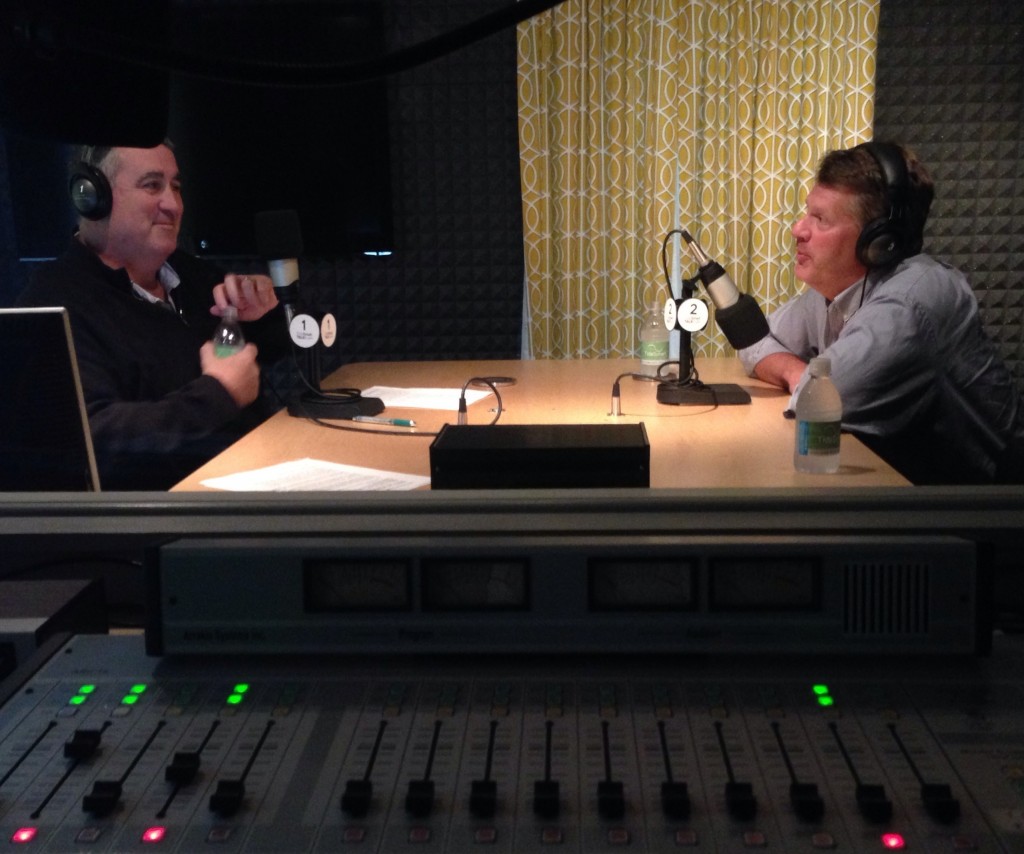 Piotti served as Director of the Maine Farms Project, a program of Coastal Enterprises, Inc. (CEI), a statewide community development corporation with a national reputation for innovation and effectiveness.  He spent time in Sweden and Brussels exploring European models for using agriculture as a vehicle to advance sustainable community development.

Piotti became the Executive Director of Maine Farmland Trust (MFT) in 2006.  Piotti described for Stevoe the three main areas that MFT focuses on, those being to protect the farmland, to support the farms and to work to advance the future of Maine farmlands.  Under his leadership, MFT won the Dirigo Award for organizational excellence from the Maine Association of Nonprofits in 2008.  In 2010, Piotti gave a TEDxDirigo talk, called “Maine’s Vitality”.

John Piotti is a self-described “community junkie”.  He chairs the Planning Board and Comprehensive Plan Committee in Unity.  He also serves as volunteer Executive Director of Unity Barn Raisers, a local community improvement organization that won the 2003 Noyce Award for Non-Profit Excellence.

Maine Farmland Trust (MFT), a non-profit organization founded in 1999, works to preserve and protect the agricultural lands in Maine. MFT has participated in over 146 land transactions that have preserved more than 27,000 acres of farmland.  Since 1999, MFT’s work has expanded beyond farmland protection to also include efforts to help farms be successful, help farmers secure land and inform and engage the public.  MFT is also involved with a program called Maine FarmLink, which connects prospective farmers to Maine farmland owners.  MFT has developed a clear strategy designed around four program areas: farmland protection; farm viability; farmland access; and public outreach and policy.