Mark Swann (or “Swannie,” as he prefers) of Preble Street, joined us again this November in what is becoming a yearly tradition at TideSmart Talk. At this visit, Swannie and Stevoe discussed the VA and veteran homelessness. Swann clarified that homelessness in the veteran population has been declining over the last several years thanks to a voucher program set up by the Obama administration. A few years ago, there were approximately 15% of veterans who were homeless and that number has recently been a low as 5 or 6%. Since the programs set up for veterans were such a success, Swann hopes similar programs can be implemented in other places like, for example, DHHS for runaway teens or HUD for low income or struggling families. 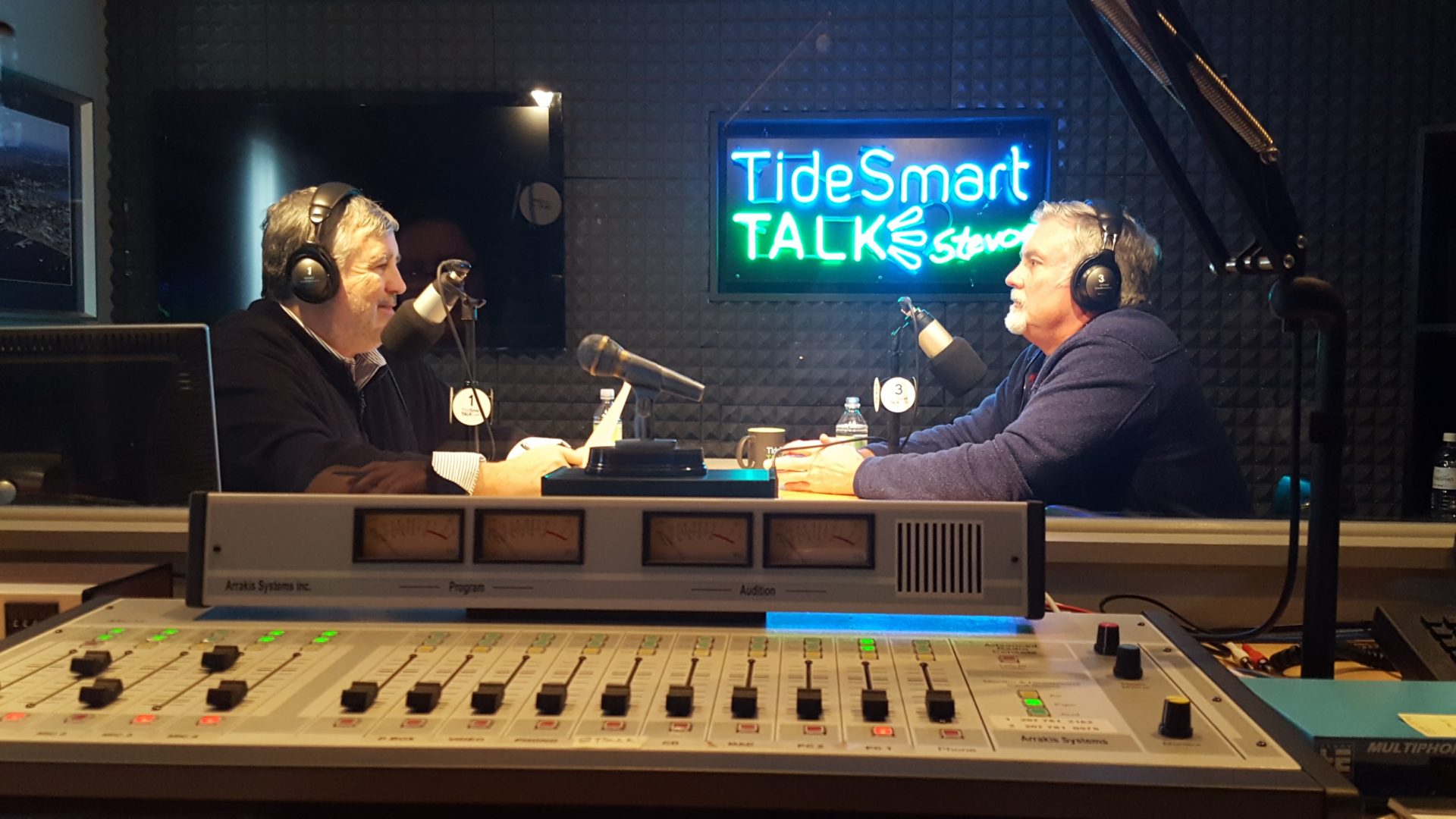 Preble Street is always working to add or strengthen their programs, so Swann was excited to talk about a new partnership with the medical students at Maine Medical Center. They will be meeting with staff and patrons alike to educate on medical issues. Ideally, the medical students will be catching potential medical issues before they need emergent help, but also teaching the staff about where to send patrons and when. Hopefully this should keep some of those in need out of the emergency departments when they can be seen quicker and for less money at another facility. This will also likely decrease the financial burden on the community.

Swann also talked about how Preble Street has gotten busier in recent years and busy for Preble Street is not a good thing for anyone. The increase in need isn’t coming from where you might think. Swann says that many non-profits in the area have had to close their doors recently due to a lack of funding. Many people think or assume that non-profits will just receive enough money in grants to stay open, but that’s not the case. Half of Preble Street’s funding comes from private donation. Year by year they are receiving less from the state and federal government and they receive nothing from the City of Portland.

If you’re looking for a way to help Preble Street (or another non-profit you’re passionate about), Swannie says the best ways to go about it are to donate your time volunteering, donate monetarily, or with Preble Street in particular, you can donate food. You can also help by being an advocate: talk to your legislators about how they can support Preble Street; take notice of the panhandlers or homeless – make eye contact with them and make them feel human; vocalize your support on social media or to your community.

For more information on Preble Street, visit their website at PrebleStreet.org.

One of the first things Dr. Glenn Cummings shared with Stevoe was that his family has been in Maine for years. Hundreds of them. Hailing from the Bath area, his father and grandfather both worked at Bath Iron Works (“and before that and before that”) and no one in his family had earned a college degree, but Cummings has four. He is now the President of the University of Southern Maine and is hoping to leave his mark on one of Maine’s second largest university. 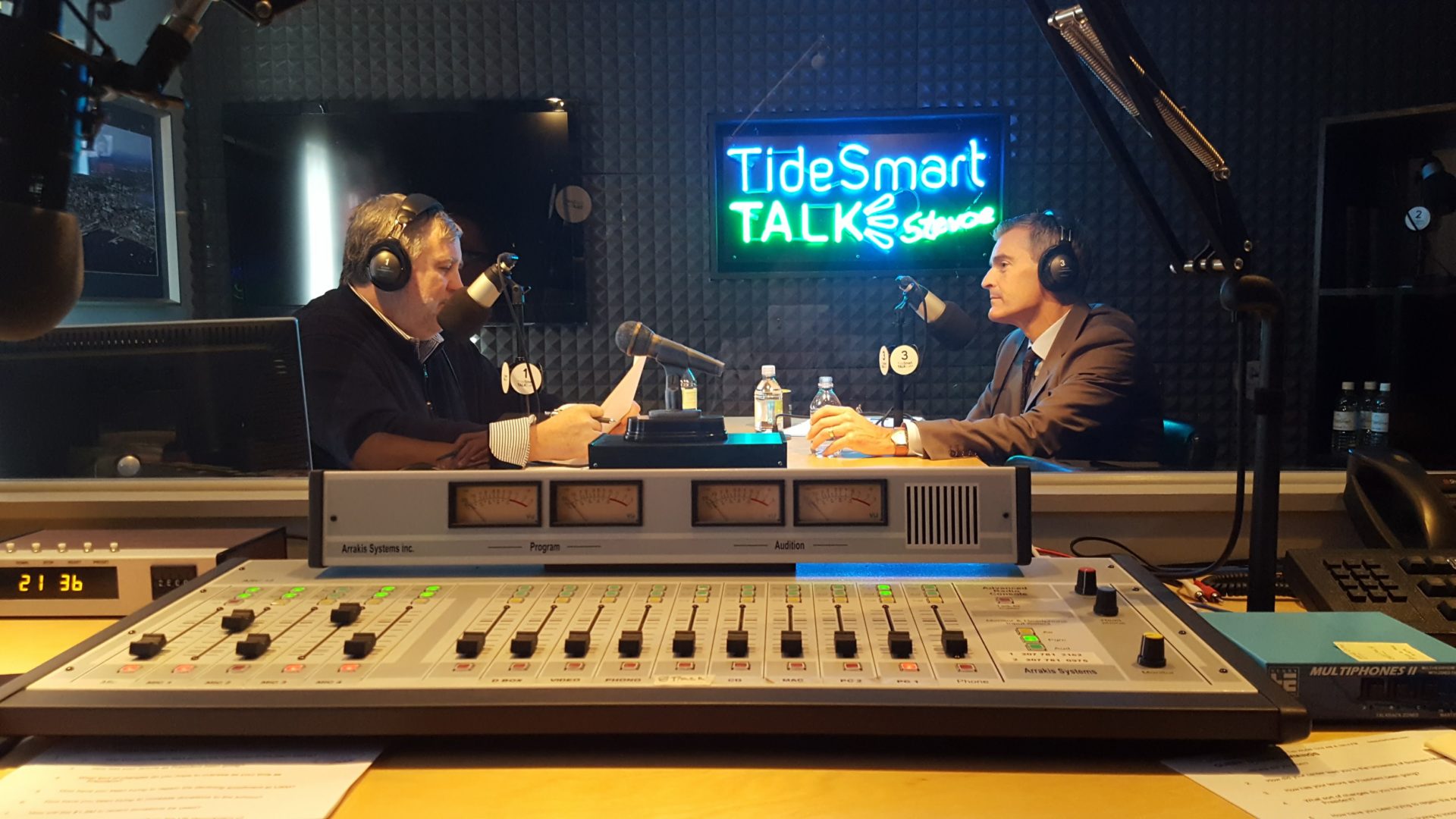 He started his career in education at Gorham High School as a civics teacher and always encouraged his students to be involved. Not just to go out and vote, but to run for office and incite change. So when there was an open legislative seat in his district open for election, his students asked him if he was going to follow through with his advice and he did. And he won. And so began his career in politics. He was lucky enough to be invited to work in Washington, D.C. under the Obama administration in 2010 as Deputy Assistant Secretary in the Department of Education before joining the UMaine system as the President of USM.

Cummings spoke with Stevoe about the creation of the Professional Studies Center that would merge the programs at USM with those at UMaine Orono (currently researched and led by Eliot Cutler). There has been some news lately surrounding the professors of the respective programs about their opinions not being heard or taken seriously. Cummings said he understands their concerns, especially if the creation of the Center becomes more of an acquisition of the USM programs. As it stands, Cummings believes that it will be beneficial for all parties, especially since the programs at both campuses have been losing enrollment to other local schools like Southern New Hampshire University who offers more online learning opportunities.

Cummings hopes to be a part of a lot of positive change at the school in the coming years. He hopes that all of USM’s programs can find a way to utilize online learning in an effort to really attract non-traditional students who may not have the time to visit the campus at all hours of the day. To learn more about President Cummings and the University of Southern Maine, visit their website at www.usm.maine.edu.