Andrew Marshall joined MOFGA as educational programs director in 2003.  Marshall starts Farm Training Workshops for apprentices and others in 2005.  Marshall lives on a farm in Montville, Maine, where he and his family produce organic vegetables, livestock, and forest products.

Jim Ahearne grew up in New York.  Prior to joining MOFGA, Ahearne promoted concerts with Don Law, a legendary Boston promoter, and locally in Portland.  Ahearne also travelled China with the American Event Management Institute—World Clown Festival.  Since 2008, Ahearne has been the Common Ground Country Fair Director.  Ahearne lives in Freeport with his wife and two daughters. 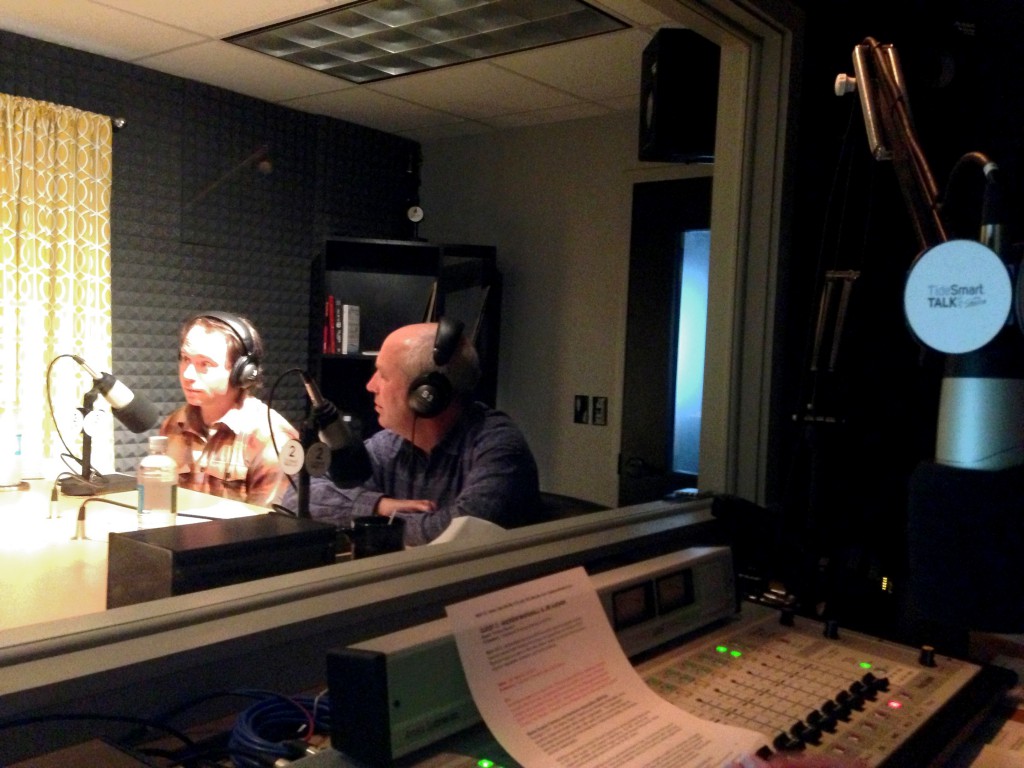 Maine Organic Farmers and Gardeners Association (MOFGA)
Formed in 1971, the Maine Organic Farmers and Gardeners Association is our country’s oldest and largest state organic organization.  The organization “promotes the production of safe, high quality food in a manner that does not harm the environment and that preserves or improves soil fertility, soil structure, and farm sustainability.”

MOFGA held its first Common Ground Country Fair at the Litchfield Fairgrounds in 1977, with roughly 10,000 people in attendance.  By 1981, the Fair had outgrown Litchfield, and MOFGA began renting the Windsor Fairgrounds, where the crowds eventually grew to more than 50,000 visitors.

In 1996, MOFGA found its permanent home in Unity, on more than 200 acres of fields and forest.  Now every September (on the third weekend after Labor Day), the Fair draws over 60,000 people, making it the country’s largest organic food event.

MOFGA now has more than 6,000 members, a staff of 21 employees, an organic certification subsidiary that certifies 350 of Maine’s farms and 15% of the state’s dairies.  MOFGA offers year-round education programs, offering dozens of conferences, presentations and workshops throughout Maine.  There are also countless opportunities for more than 2,000 active volunteers.