TideSmart Talk with Stevoe continued on Saturday, June 8 with a discussion about same-sex marriage, followed by a conversation about entertainment, society and culture. In the first hour, Host Steve Woods (Stevoe) talked with EqualityMaine Executive Director Betsy Smith. In the second hour, Stevoe was joined in-studio by The Amazing Kreskin.

In an interview with TideSmart Talk with Stevoe, a national weekly radio show that takes a macro approach towards society and culture, EqualityMaine Executive Director Betsy Smith joined host Steve Woods (Stevoe) to talk about the debate surrounding marriage rights for same-sex couples, and its impact in the upcoming Senate race.

Show host Steve Woods (Stevoe), owner and CEO of TideSmart Global, is a certified Independent candidate for the Maine U.S. Senate race. Woods pledged his support for EqualityMaine, an organization that works to secure full equality for the lesbian, gay, bisexual, and transgender communities.

“When it (equal rights) gets reduced to labels and definitions in terms on what type of people get something versus other people, it feels like a very clumsy and illogical approach,” Woods said. “I personally support EqualityMaine, and I support the message of getting past labels and restrictions over people regardless of race, gender, religion sexual orientation, etc.” 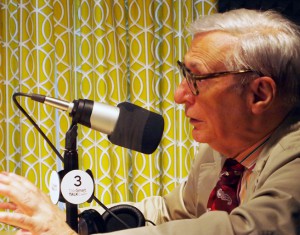 Mentalist The Amazing Kreskin appears in-studio to reflect on his career.

Kreskin talked extensively on how “the power of suggestion” impacts everything in our society, and what role it plays in the current political climate.

“The instant media factor is preventing us from backing away when we hear something and reflecting upon what we just heard,” Kreskin said.  “We become so busy that the suggestion becomes logged without critical thinking to erase it or change it.”

Kreskin reflected on his career and on his decision to hire Woods as his road manager despite Woods’ young age. In 1979, Woods became Kreskin’s Road Manager over a period of three years and 900 shows. 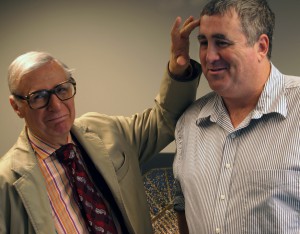 “It was a decision I made with genuine judgment, and our judgment was right,” Kreskin said of his decision to hire Woods as his road manager in 1979. “This gentleman was a goldmine to work with, and his talents are very special.”

“It was a decision I made with genuine judgment, and our judgment was right,” Kreskin said. “This gentleman was a goldmine to work with, and his talents are very special.”