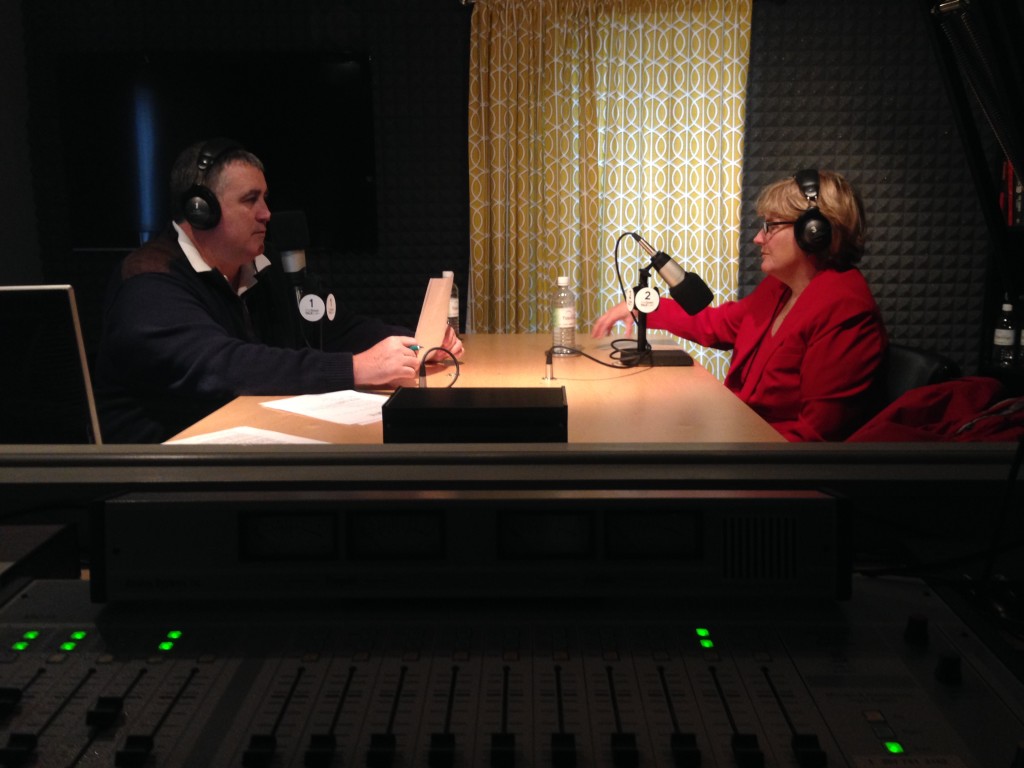 Steve Woods (left) host of TideSmart Talk with Stevoe recently sat down with the President of Bates College Clayton Spencer (right) for an in-depth interview.

In 1989, Spencer served as an assistant U.S. attorney in Boston, prosecuting criminal cases.  While at Yale Law School, Spencer was an editor of the Yale Law Journal, winner of the Moot Court competition and chair of the Public Interest Council.

In 1993 she became chief education counsel to the U.S. Senate Committee on Labor and Human Resources under Senator Edward Kennedy.  She managed the committee’s education staff and directed the legislative process for education legislation and policy, including federal student aid, science and research policy, the education budget and technology in education.  Senator Kennedy was a tremendous influence for Spencer, “He was hugely progressive and relentless in pursuing his goals,” Spencer said.  Spencer described herself as a higher education junkie, not a Kennedy groupie, when speaking with Stevoe about her experience working with Senator Kennedy.

She left government in 1997 and moved to Cambridge, Massachusetts, where she served first as associate vice president and then vice president for policy at Harvard.  At Harvard, Spencer was a key player in financial aid reform.  Her steadfast goal was to make a Harvard education affordable to all deserving students, no matter their financial status.