Dan Demeritt grew up in Maine and attended Lake Region High School in Naples.  He graduated with a government degree from Colby, where he hosted a weekly political talk radio show on WHMB. Demeritt later earned an MBA from the University of Southern Maine. 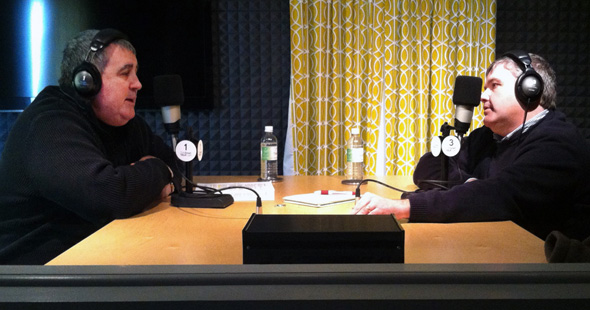 Demerrit got his start in politics in the late 90’s when he managed the Lewiston State Office for U.S. Senator Susan Collins. He also served as a liaison to the Maine Republican Party and led veterans’ affairs and displaced worker outreach.  In 2000, Demeritt became Legislative Aid for Sen. Susan Collins.  In this role, he was the advisor on a portfolio of issues that included farming, fishing, forestry, transportation and small business.

After working for the House Republicans in Maine, Demeritt left and opened a restaurant and bought several rental properties.  In September 2010, Demeritt joined Paul LePage’s struggling gubernatorial campaign.  Demeritt has been credited by some as being a key contributor to the eventual LePage victory.  Demeritt worked as communications director for the governor, managing media relations including crisis management.  In April of 2011, it became public that Demeritt was facing foreclosure on five of his rental buildings.   Citing unresolved business issues, Demeritt then resigned.

In 2011, Demeritt launched Winning Initiatives to help businesses and organizations with external communications, advocacy, campaigns and promotions.   He also writes a political column in the Insight section of the Maine Sunday Telegram.

Along with his wife Martha, and their three sons (two of them twins), Demeritt lives in Sidney.