John Menario served the city of Portland for more than a decade from 1962-1980, wearing many hats, including City Manager and Portland Chamber of Commerce President and CEO.  As city manager, Menario was one of the architects of modern day Portland.  During this hour-long interview, he talks about what it was like to grow up in Portland in the 40s, how Franklin Street Arterial saved the city, the birth and renovation of the Cumberland County Civic Center for which emg3 played a supporting role, and his hopes for the city’s future. 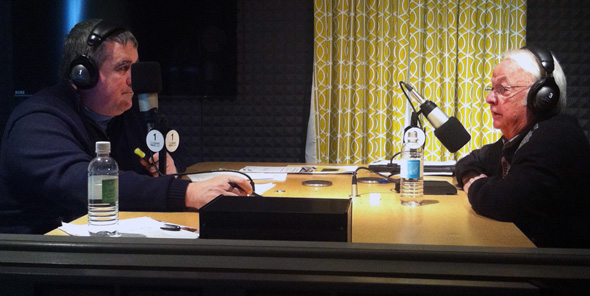 John Menario was born in 1935 in Portland. His family moved to Falmouth, and he was educated in the Falmouth public schools from grade 7 through 12.

Menario served in the military toward the end of the Korean War, and returned to Maine to study Public Management at the University of Maine in Orono. He earned his Master’s degree from the Fels Institute of Government of the Wharton School at the University of Pennsylvania.

After leaving Portland City Hall, he worked for the Greater Portland Chamber of Commerce, and strengthened membership that had reached an all time low prior to his tenure. He then started a governmental consulting firm. Menario led the successful campaigns to Save Maine Yankee in 1980 and 1982, and unsuccessfully ran for governor as an Independent in 1986.