Heather Davis moved to Maine because it seemed like a good place to raise a family. The self-declared “bookworm” found her calling while teaching a creative writing class to kids in Harlem. From there she co-founded a writing center in Texas called the Austin Bat Cave. After the birth of her daughter in 2007, she and her husband decided to move back to the east coast to be closer to family and decided Portland would be a suitable place to live. She discovered Portland’s The Telling Room, a non-profit writing center for school-aged children and knew it was the place for her. She has been the Executive Director since 2011 and was crucial to helping the organization win a National Arts & Humanities Youth Program Award along with a grant for $10,000. 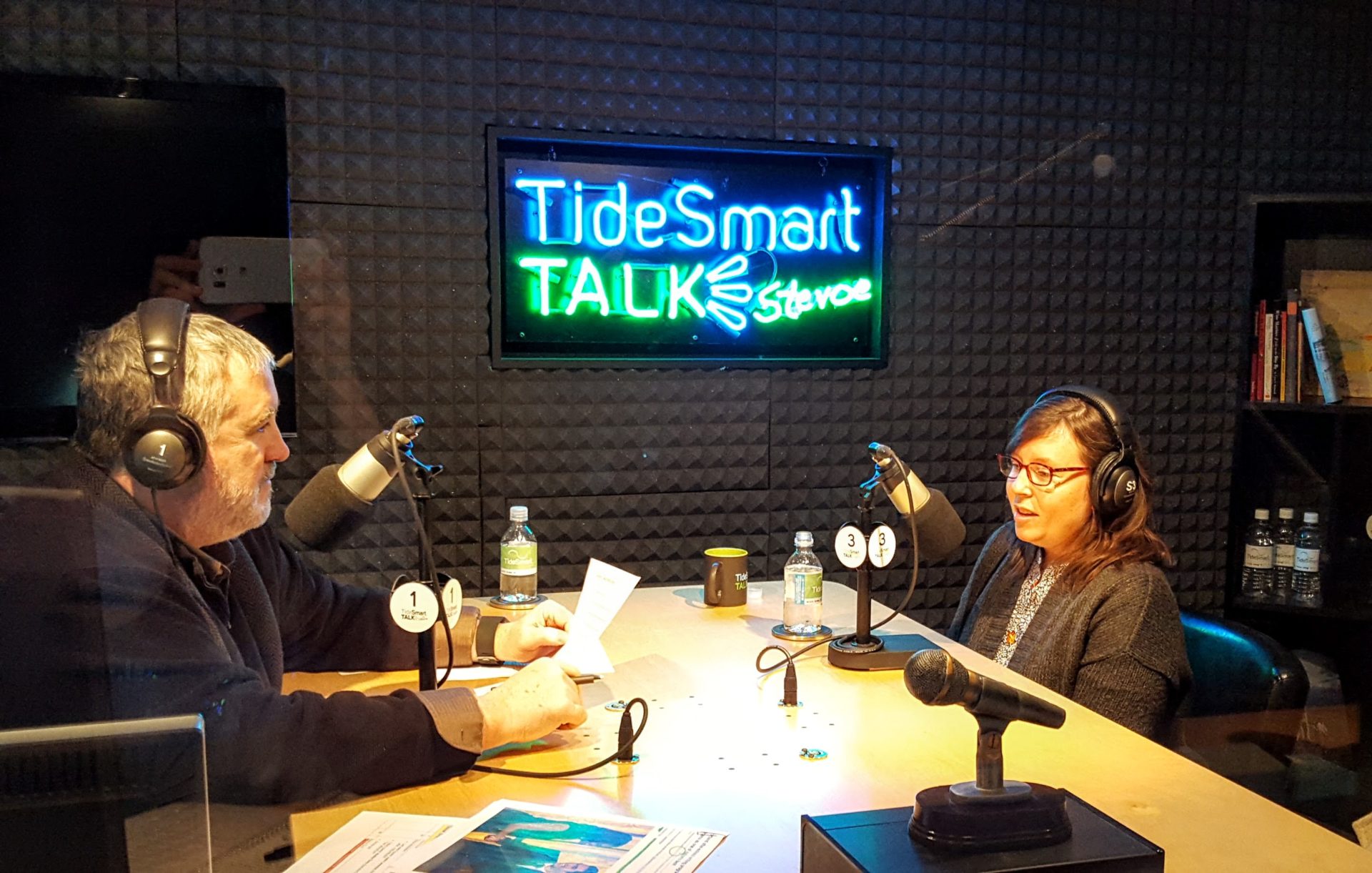 Host of TideSmart Talk with Stevoe, Steve Woods, welcomed the Executive Director of The Telling Room, Heather Davis (at right).

The Telling Room is more than the national award recognizes. The award was given to them based on the success of their Young Writers & Leaders program, a competitive after-school workshop that teaches kids how to become well-rounded writers and leaders. The writing center has seven other programs that children from all over the state participate in. Technically only students at Portland schools can enroll in the center’s programs, but The Telling Room has had requests from schools all over Maine to visit and run workshops. In Portland, approximately half of the children have been recommended to a program by their schools or teachers. In total, over 3,000 students participate annually from more than 60 schools and 30 towns.

In the next year, The Telling Room plans to design training programs for new teachers and volunteers to be able to build their own “telling rooms.” With the demand for programs so high and space so limited, Davis and the rest of the staff want to be able to help as many Maine schoolchildren as they can.

If you have any interest in volunteering or want to learn more about The Telling Room, please visit tellingroom.org or listen to Heather’s interview below.