Writing is not Jeff Ryan’s day job. For most of his career, the life-long Falmouth resident was a copywriter for L.L. Bean catalogs. Like many Mainers, Ryan grew up with a love for the outdoors. After more than a lifetime of hiking (in my opinion), Ryan turned the journal entries from his years of section hikes on the Appalachian Trail (AT) into a book called APPALACHIAN ODYSSEY: A 28-year hike on America’s trail. 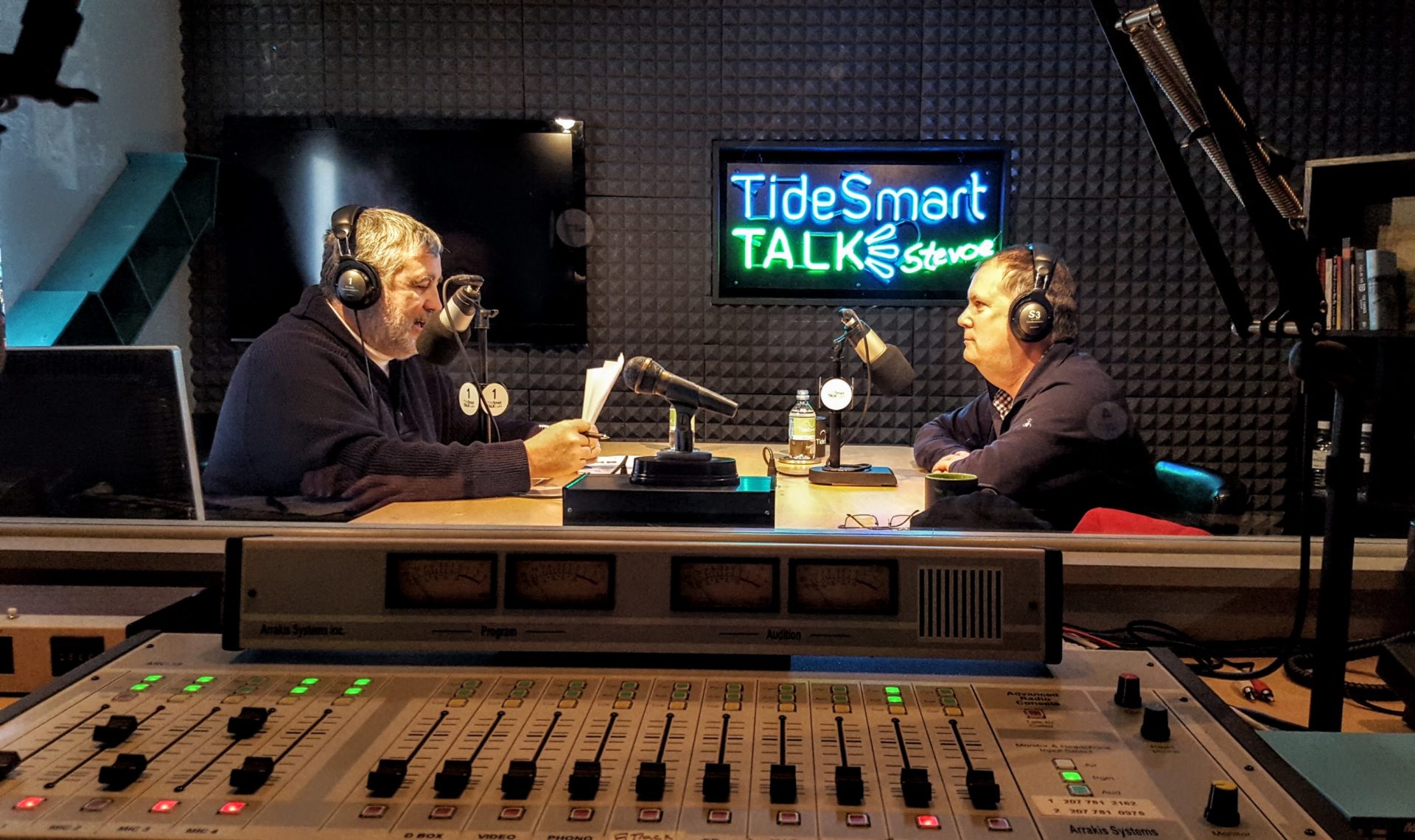 We opened the show with The Proclaimer’s “I’m Gonna Be (500 Miles),” but if the song were really about Ryan, it would probably be called “4,818+ Miles” because that’s at least how much distance he’s covered over the Appalachian and Pacific Crest Trails.

He started his backpacking journeys by doing something most of us say we’ll do, but never follow through with: Go on a big, life-changing trip with our friends after college. In 1983, Ryan and a college buddy set out to hike the Pacific Crest Trail (PCT) with some new L.L. Bean gear and Ryan never looked back. When he started his career copy-writing for L.L. Bean, he had the opportunity to test out new apparel and gear to best write the descriptions. This connection worked out well when they hiked the PCT while testing Bean’s new Gore-Tex and Polartec products. He recalls that when a pack he was testing broke in Oregon, Bean’s first tested shipping with FedEx and got his replacement pack to him within days.

After settling back in at his job at Bean’s, a friend of a friend, a man named Wayne, was looking for a hiking buddy and Ryan couldn’t say no. At first, they set out to hike Maine’s 50 highest peaks in one year. Then one weekend they hiked the Long Trail in Vermont when Wayne pointed out that they were hiking a chunk of the Appalachian Trail (AT). It was this trip that the two decided they would hike a different section of the AT yearly until they had completed it all. Twenty-eight years later, after journaling every day of the hike, Ryan wrote the book about it.

TideSmart Talk had the pleasure of seeing the manuscript copy of Appalachian Odyssey and readers will be impressed. Supplemented with photos, facts, and maps of his journey, anyone who enjoys hiking will be able to relate to Ryan’s recanting of the sections – in order (well, in his order).

APPALACHIAN ODYSSEY: A 28-year hike on America’s trail is available for pre-order on Amazon and will be available 01 July 2016. Ryan will be going on a book tour in his 1985 VW Vanagon starting in Washington, DC and will be visiting over 30 L.L. Bean stores along the way.