President of the Maine Community College System John Fitzsimmons grew up in Rhode Island.  Dr. Fitzsimmons earned his bachelor’s degree from the University of Rhode Island, his masters from the University of Southern Maine and his doctorate from NovaSoutheastern University.  He served as a Sergeant in the U.S. Marine Corps including a tour of duty in Vietnam in 1969 and 1970.  He chaired the veterans group responsible for the building of Maine’s Vietnam Memorial in Augusta. 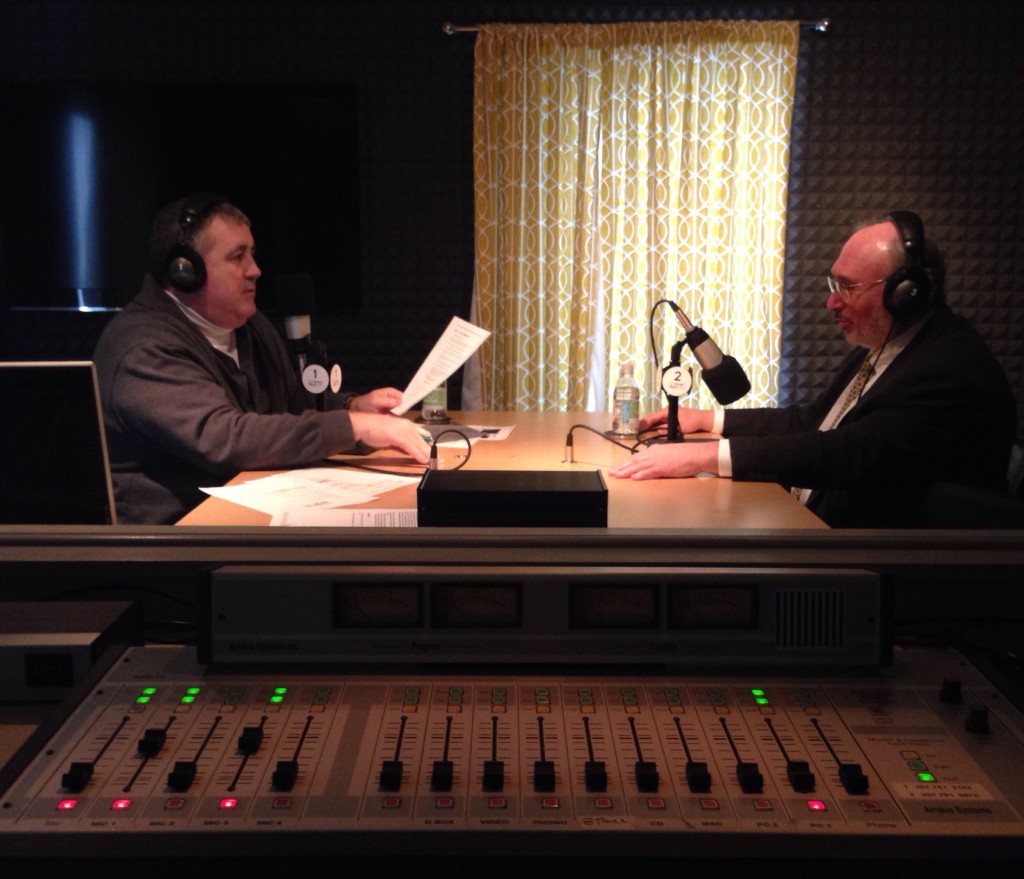 Steve Woods (left) host of TideSmart Talk with Stevoe welcomed President of the Maine Community College System John Fitzsimmons (right) to the studio to discuss how crucial education is for Maine’s future.

From 1987-1990, Fitzsimmons served as Maine’s Commissioner of Labor under Governor John R. McKernan.  Fitzsimmons is now President of the Maine Community College System (MCCS), a post he has held since 1990

In March 2003, his vision to transition Maine’s technical colleges into full-fledged community colleges won the overwhelming and unprecedented support of the Maine Legislature and Governor John E. Baldacci.  On July 1, 2003, the System officially became Maine’s Community College System.  Since that time enrollment has increased 80%, making the MCCS one of the fastest growing community college systems in the nation.

Most recently, the MCCS acquired land and facilities at the former Brunswick Naval Air Station and at the Good Will-Hinckley School.  These transactions have led to the establishment of two new off-campus locations through the acquisition of properties valued at $100 million and capacity to add over 5,000 additional students.

Over the past 24 years, enrollment has increased from 3,300 students to 18,200 for The Maine Community College System’s seven colleges.  An additional 12,000 individuals are enrolled in non-credit courses and customized training.