Mark Vannoy became a Mainer like many of our other guests “from away”: For the love of a woman. He is a Pennsylvania native and a Naval Academy graduate who went into Ocean Engineering. After a career in engineering at Cianbro and Wright Pierce, Vannoy was appointed to the Maine Public Utilities Commission (PUC) in 2012 and became chairman at the end of 2014. His focus now is regulating “electric, natural gas, telecommunications and water utilities to ensure that Maine consumers enjoy safe, adequate and reliable services at rates that are just and reasonable for both consumers and utilities.” 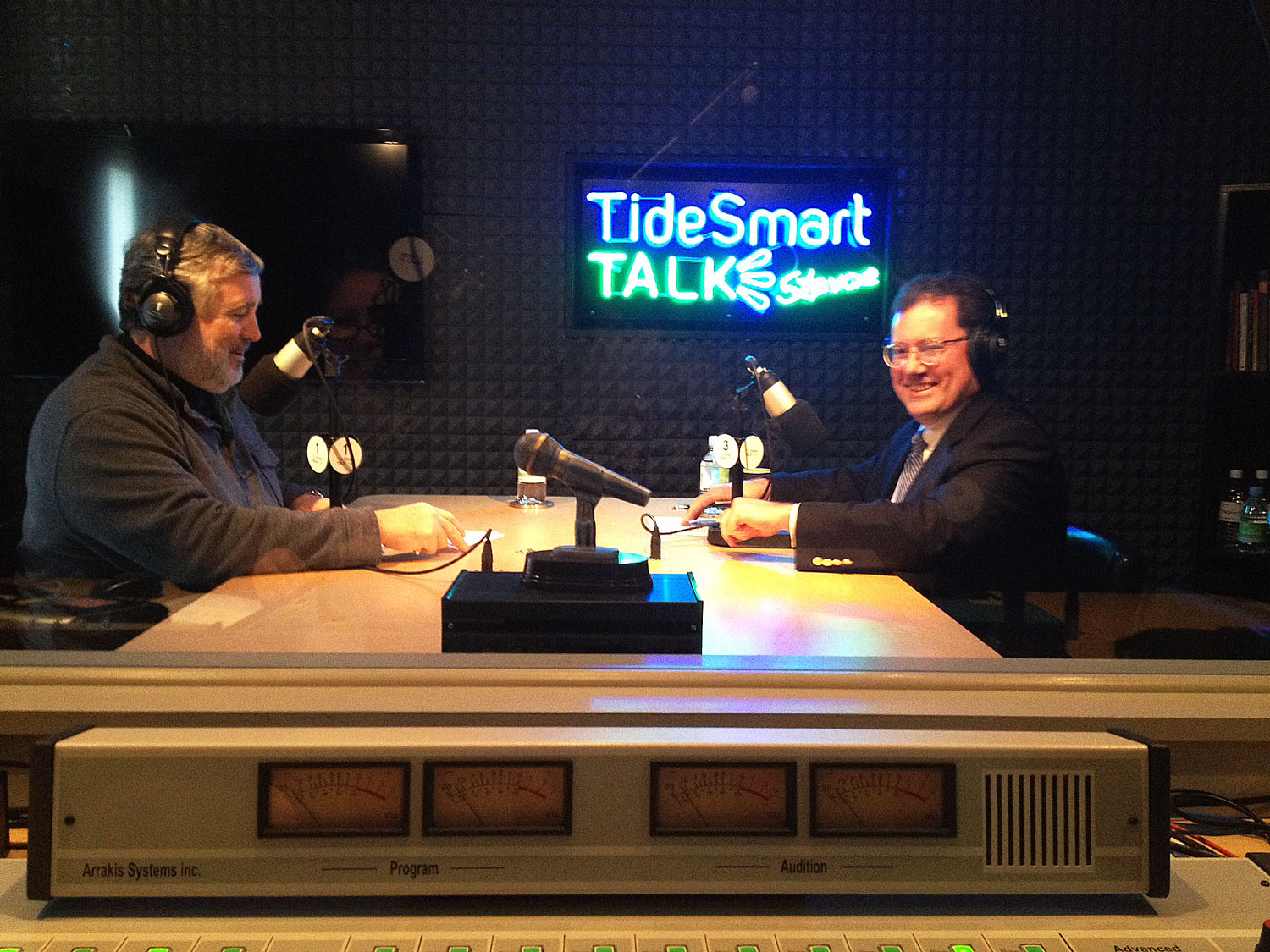 Host of TideSmart Talk with Stevoe, Steve Woods, welcomed Chairman of the ME PUC, Mark Vannoy (at right).

The Maine PUC began in 1914 to avoid monopolies of utility providers. Because there are such a high barriers of entry into these markets, the PUC acts as a “competitor” in order to keep prices affordable. It’s also a way to regulate competing companies by making sure one isn’t able to offer prices the other can’t compete with. This creates fair opportunities for both providers and consumers.

Maine doesn’t have enough buying power on it’s own, so to purchase electricity, we are part of a buying group with the other New England states. This means that ideally, we get discounted prices, but that we’re also at the mercy of the other states. Of the electricity we get in Maine, Vannoy estimates that 20-25% of it comes from nuclear plants. He says the power comes from plants in New Hampshire and Massachusetts (and Vermont, until recently when the Vermont Yankee plant closed).

While nuclear energy generally has a bad connotation, Vannoy says it fits nicely within the regulations of the government’s Clean Power Plan. Nuclear power has lower carbon dioxide emissions compared to other power sources.

The PUC oversees more than consumers probably realize. Aside from the obvious utilities such as electricity, water, and heating sources, they also oversee the Casco Bay ferry service, the 9-1-1 emergency services, and Dig Safe. They are also starting to oversee alternative energy sources such as solar, wind, and tidal power with the help from the federal Department of Energy.

For more information about the PUC, or if you have questions about your own utilities (or any of the other services), visit maine.gov/mpuc.