Matthew Gagnon grew up in the Bangor suburb of Hampden, Maine.  Gagnon became involved in Maine politics from a very young age.  He studied Political Science at the University of Maine, and involved himself in campus and town politics.

After UMaine, he moved to Washington, D.C. where he began a career in professional politics.  He has served as the Director of New Media Communications for Maine Senator Susan Collins.   In the 2010 election cycle, Gagnon was the Deputy Director of Digital Strategy at the National Republican Senatorial Committee, where he coordinated the online campaigns for 37 U.S. Senate races across the country. 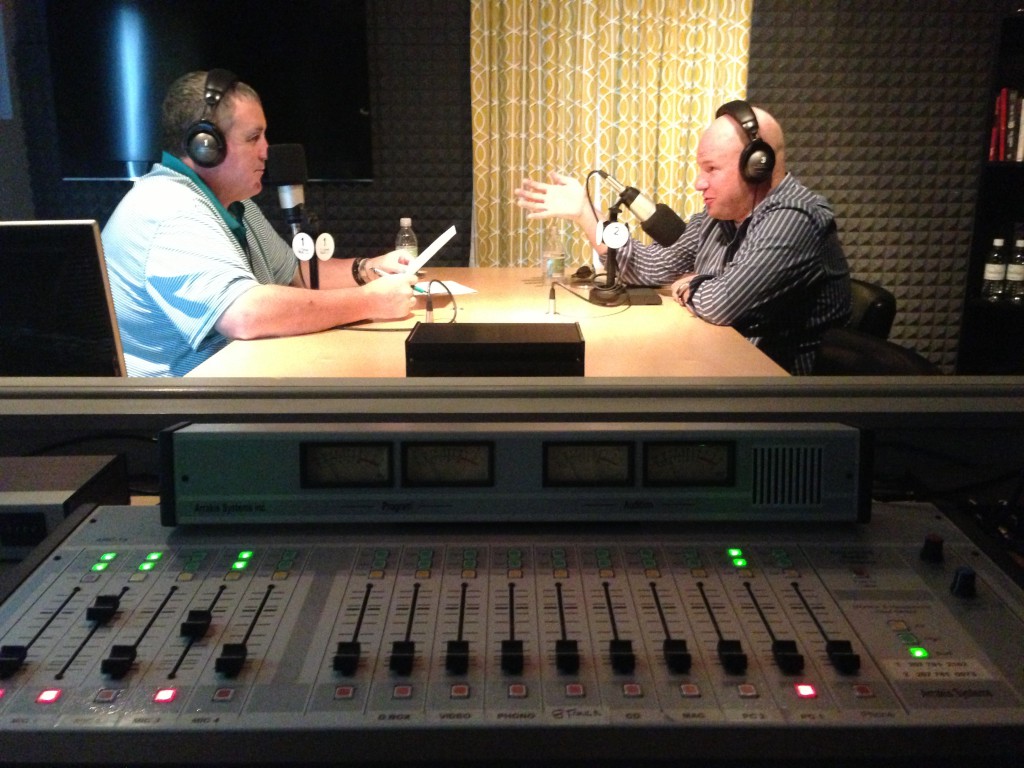 Steve Woods (left), host of TideSmart Talk with Stevoe, was recently in the studio with Director of Digital Strategy at the Republican Governors Association and the Editor in Chief of Pine Tree Politics Matthew Gagnon (right).

Gagnon told Stevoe about his role in digital communications, especially with regard to politics.  Gagnon discussed how in 2008, the Democrats tried to model what the Republicans had done in 2004 with microtargeting.  During President Obama’s campaign,  if a person on Facebook said they were “In” with his campaign, it provided a data profile on how to pursue them for their vote.

Presently, Gagnon is the Editor in Chief of Pine Tree Politics, where he blogs about Maine politics.  He is also the Director of Digital Strategy for the Republican Governors Association (RGA).  Here he is responsible for coordinating and executing all digital campaigns, including online advertising, web development, online fundraising, email engagement, and social media outreach.

Currently, he lives in Alexandria, Virginia with his wife Erin and his five year old son, Alec. Gagnon considers himself a Mainer in exile, and looks forward to the day when he is able to return home.