Michael Cuzzi is a political, communications, and advance veteran of presidential and congressional campaigns.  Most recently, he served as the Political Director and Deputy State Director for Obama for America in New Hampshire from 2007-2008.  During the interview, Cuzzi talks about how a chance encounter helped pave the path for his career, what it was like to work on recent presidential campaigns, and the political climate here in Maine. 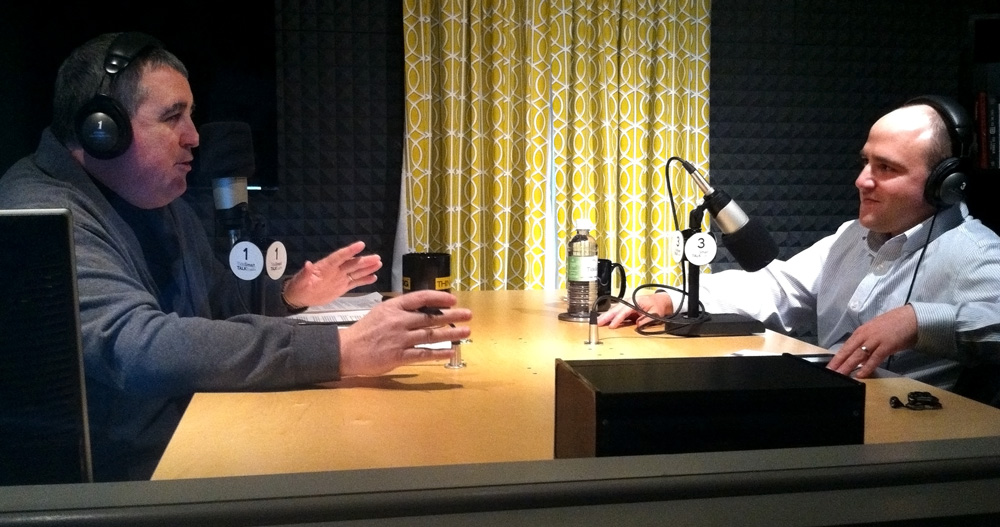 Prior to Obama for America, Cuzzi was the campaign manager for Tom Allen for Congress (ME-01).  He was charged not only with securing the congressman’s re-election in 2006, but also preparing the candidate for a senate campaign effort in 2008.

Cuzzi has served as the Political Director of the Professional Fire Fighters of New Hampshire (IAFF), as well as Advance Lead and Deputy Debate Coordinator for Kerry-Edwards 2004.  In the latter role, Cuzzi helped negotiate all production, candidate, staff, and press logistics for each of the nationally televised Presidential and Vice Presidential debates.

Cuzzi has also worked in the private sector at Akzo Nobel, a Fortune Global 500 company based in the Netherlands. Since 2008, Cuzzi has overseen VOX Global’s Portland office.  VOX Global is a public affairs and strategic communications firm.

Cuzzi is a graduate of Colby College and lives in Scarborough, Maine with his wife, daughter, and a sheltie.