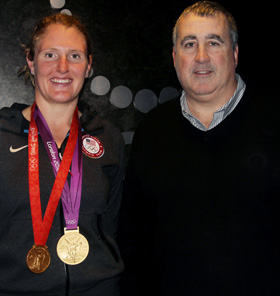 Eleanor “Elle” Logan grew up in Maine dreaming of being a world-class swimmer or tennis player, but when a teacher at Brooks School in North Andover, MA suggested she try out for the crew team, Logan gave it a try and she hasn’t looked back since.

Now 24, the Boothbay Harbor native has an impressive resume, including winning two Olympic gold medals in the most recent games and numerous other collegiate and world championships.  After striking gold in London, Logan returned to Princeton, NJ where she continues to train.

She has spent a total of six years on the National Team at various levels and has enjoyed a successful national and international career. 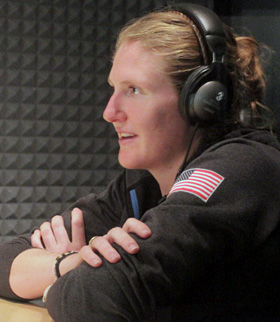 Logan is currently returning to Maine for the first time since competing in London.  She was greeted with a town parade on November 9. 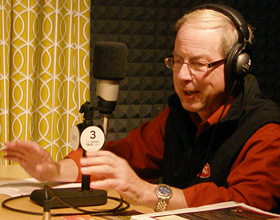 Farmers’ Almanac publisher Peter Geiger talks about the publication’s rich history and some of the mystery behind its famous weather predictions.

Peter Geiger is publisher of the world-famous Farmers’ Almanac, an annual periodical that has been in continuous publication since 1818.  Published out of Lewiston, it is famous for its long-ranging weather predictions and astronomical data, as well as its trademark blend of humor, trivia and advice on gardening, cooking, fishing and human-interest crusades.

The Almanac Publishing Company says readers of the Farmers’ Almanac have attributed 80 to 85 percent accuracy rate to the publication’s annual forecast.  Predictions for each edition are made two years in advance, using highly secretive methods that rely on sunspot activity, tidal action, planetary position and many other factors.

Peter Geiger’s father, Ray Geiger, served as the Farmers’ Almanac’s longest-running editor, from 1934-1994 (60 consecutive years).  Ray Geiger began priming his son for the job when he was just 7 years old.  In 1955, Ray Geiger moved the Almanac from Newark, New Jersey to its current headquarters in Lewiston, Maine.

In the mid-70s, shortly after graduating from Villanova University with a degree in business, Peter Geiger began working under his father as an Associate Editor, finally taking over as publisher in 1994.

An avid outdoorsman, Peter Geiger enjoys hiking, canoeing and kayaking.  His love for water recently led him to enter the annual Giant Pumpkin Regatta in Windsor Nova Scotia, where he paddled a massive hollowed-out pumpkin across Lake Pesaquid.

Geiger has also been a tireless champion of public education.  Geiger founded the Adobt-A-School program in 1987.  He has been nationally recognized for his contributions to education, most notably receiving President George H.W. Bush’s 618th “Point of Light” award (given to citizens working to aid their community through volunteer work) in 1991. 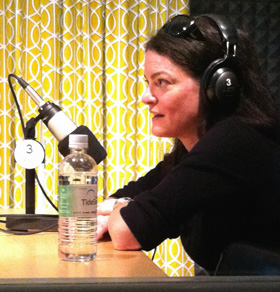 As a concert promoter in Portland with more than a decade of experience, Lauren Wayne has assisted in bringing many big acts to town.  In 2011, Wayne brought 80 shows to the State Theatre, attracting a wide range of music talent to the area.

As manager of the reopened State Theatre in Portland, Wayne has worked hard to support a vibrant music scene in Maine.

A former movie palace, the State Theatre was reopened as a concert hall in 1993, though it closed in 2006 for repairs.  Management took over in 2010, tapping Wayne as a key player in the revitalization.

Beyond the State Theatre, Wayne also books shows at other city venues, big and small.