TideSmart Talk with Stevoe kicked off on Saturday August 11 featuring an interview with Maine Sports Hall of Fame President and former Colby College basketball coach Dick Whitmore. Maine entrepreneur Bill Ryan joined Stevoe for the second segment of the show to discuss his many experiences in Maine and beyond. 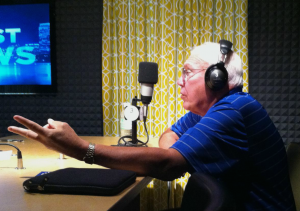 A 1965 graduate of Bowdoin College, Dick Whitmore’s name can be found
throughout the Polar Bears’ basketball record books.

Whitmore came to Colby in 1970 after five years of teaching and coaching at high
schools. He roamed the Colby men’s basketball sidelines as coach for 40 years,
amassing a record of 637-341.

He was honored as coach of the year in Maine six times over four different
decades and was named to the Maine Sports Hall of Fame in 1998.

After retiring, he was honored with the Division III Distinguished Service award at
the 2012 Final Four by the National Association of Basketball Coaches.

Whitmore was recently voted to serve as the Maine Sports Hall of Fame’s new
president.

In one-hour this interview, Dick Whitmore shares his passion of athletics and basketball with Stevoe. 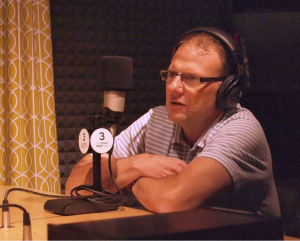 Bill Ryan talks with Stevoe about his recent trip to London for the Olympics.

Maine Entrepreneur Bill Ryan Jr. is currently engaged in a number of projects in the state,from sports to media to community development.

He is recognized as a leader in the racing industry and was named as one of eight finalists for the 2008 33rd annual Auto Racing Promoter of the Year Award. Ryan is a member of the Board of Trustees of the Portland Museum of Art and the Pine Tree Council of the Boy Scouts of America.

Ryan is also the Chairman of the Maine Red Claws basketball team in Portland, and is the co-host of Maine’s only live motorsports talk show, “In the Pits.”

In this segment Stevoe talks with Bill Ryan Jr. about his involvement in many organizations and projects in Maine, as well as his experiences in London as a spectator during the Olympics.