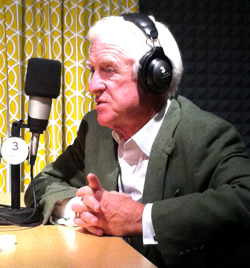 During the interview, Connors reminisces about getting started in public service and shares his thoughts on the role of the Maine State Chamber of Commerce to promote a pro-business atmosphere in Maine.

As president of the Maine Chamber of Commerce, Dana Connors has been a tireless advocate for the Maine business community for many years. He
dedicates his energy to enhancing prosperity for all Maine people. The Maine State Chamber of Commerce is an influential pro-business advocacy organization that represents a diverse network of 5,000 businesses statewide.

As leader of the state’s largest business association, Connors dedicates his energy to achieving goals that will enhance prosperity for all Maine people, and he  plays a prominent role in state initiatives from health care reform to environmental and energy issues to tax reform to infrastructure concern.

Connors received acclaim for the Maine State Chamber’s collaborative initiative with the Maine Development Foundation. The Making Maine Work series focuses on key economic issues that will encourage investment in Maine and grow the economy.

Prior to leading the Maine State Chamber, he served as Governor Angus King’s transition team director, assisting in the selection of key cabinet and administration appointments, as well as ensuring a smooth transition process. He spent 11 years as commissioner of the Maine Department of Transportation.

A native of Easton, Connors began his career as the city manager of Presque Isle, a position he held for 16 years.

During the interview, Connors reminisces about getting started in public service and shares his thoughts on the role the Maine State Chamber of Commerce plays to promote a pro-business atmosphere in Maine. 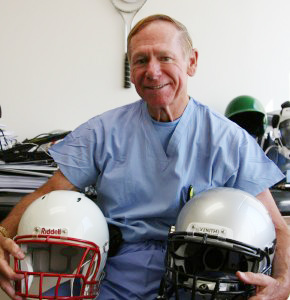 Concussions have become today’s number one sports media concern. Dr. Robert Cantu is a leading expert on athletic brain trauma and a pioneer in the study of the link between concussions and progressive brain diseases in athletes. He has treated thousands of athletes, authored 358 scientific publications and 30 books including his latest, “Concussions and Our Kids: America’s Leading Expert on How to Protect Young Athletes and Keep Sports Safe.”

Cantu is a clinical professor for the Department of Neurosurgery and Co-Director of the Center for the Study of Traumatic Encephalopathy at Boston University’s school of Medicine. He is also senior advisor to the NFL Head, Neck and Spine Committee.

As a spokesperson for the American College Sports Medicine, Cantu has participated in nationally televised sports programs such as ESPN, Larry King Live, CBS, NBC and ABC evening news, NPR and more.