TideSmart Talk with Stevoe host Steve Woods was joined in the TideSmart Talk studio by founder and president of Tri-Maine Productions Will Thomas.  Thomas, originally from New York, graduated from Bowdoin College, where his love for endurance sports began.  Thomas discussed with Stevoe how he has competed in more than 70 triathlons, and how he has helped to develop and promote endurance races throughout the world, and Northern New England.

Will Thomas graduated from Bowdoin with a double major in Government and Religion and a minor in Economics and entered the world of professional race management at age 22.  Thomas’ love for endurance sports lead to the organizing of the first PolarBear Triathlon as a senior at Bowdoin College in 2003.  Through his passion and guidance, the PolarBear has grown from a grass-roots race of 75 participants to a highly complex event with over 550 athletes, 150 volunteers and two races happening simultaneously. 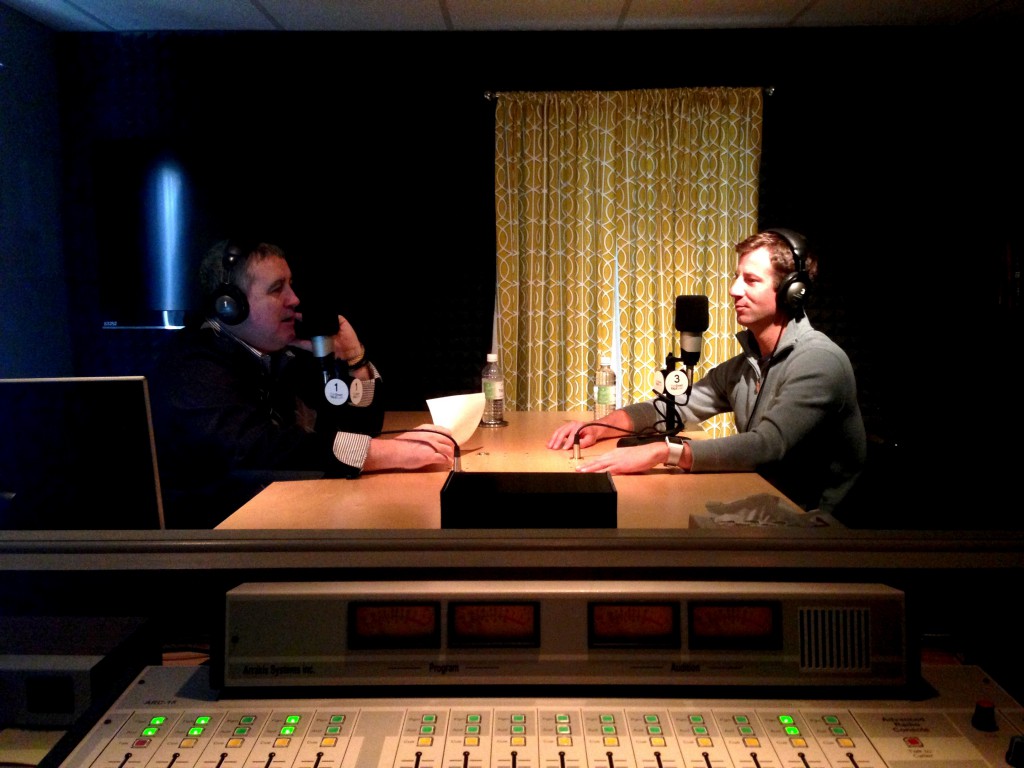 TideSmart Talk with Stevoe host Steve Woods (left) is joined in the studio by founder and president of Tri-Maine Productions Will Thomas (right).

Thomas founded Tri-Maine Productions in March of 2006.  He is an experienced triathlete and race director, with years working to promote endurance athletics in Northern New England.  Tri-Maine Productions owns and/or manages a number of race properties, ranging in scope from local road races to highly complex triathlons with hundreds of competitors. Annually, Tri-Maine events attract over 3,000 athletes, 500 volunteers, and thousands of spectators.  The Lobsterman Triathlon, Maine Tri for a Cure, Revolution3 Triathlon and the Boston Triathlon are just a few of the races they are involved in.

Thomas is the founder and president of Willpower Enterprises LLC, a cutting-edge marketing and production company with holdings in a number of industries related to mass-participatory sports, including Tri-Maine Productions. Willpower Enterprises represents the next-generation of the consumer experience – one that seamlessly fuses brands, communities, sustainability, charities, and culture in effective and exciting ways through sports and entertainment.