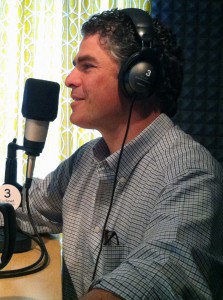 Ethan Strimling is a political analyst for the local NBC TV affiliate and for WGAN radio, providing weekly commentary on national, state, and local political issues.

Ethan Strimling’s career has included leadership in both the public and private sector in Maine.  For the past 14 years, he has served as CEO of LearningWorks, a not-for-profit providing learning opportunities for at-risk youth, the immigrant community and low-income families.  Strimling also served in the State Senate for 6 years, and he is currently a political analyst for WCSH6 and WLBZ2 alongside Phil Harriman. 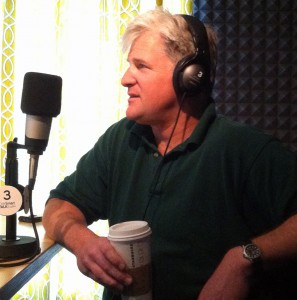 Richard Pfeffer left his life as a stockbroker in the ‘80s to pursue a goal of creating a true, English-style pub serving great ales and great food. When Pfeffer opened the doors to Gritty McDuff’s in 1988, it was the first brewery in Maine since the Age of Prohibition, and since then, it has helped lead and inspire the craft brewing renaissance in Maine.

Gritty’s has become a Maine institution; garnering awards for best bar, best brew pub and best beer. With locations in Portland, Freeport and Lewiston/Auburn, Gritty’s has expanded its footprint while staying true to its core principles. Gritty’s pubs and beers have received national recognition through awards and press in well-respected travel magazines.

In this segment, Pfeffer talks about how he transitioned from a stock broker to brew pub owner, the origin of the Gritty McDuff’s name, and future business plans.